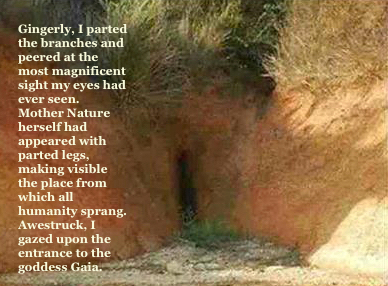 “Aristotle believed the universe was always here and did not come into existence. Nature always existed, nor will it go out of being. Nature, or the entire system of existence, exists independently of us and is a given. Human beings have a hard time assimilating that things exist apart from themselves and insist that a superhuman or a deity be given credit for everything that ever was. Some people believe that the universe must be without a beginning in time, owing no credit and acting with spontaneity, as can be seen when volcanoes erupt or floods wipe out entire towns.” – Moya K. Mason, Is There Any Chance Involved in the Evolutionary Process? A Look at Aristotle’s Physics II.

For Aristotle, the universe is eternal. He also believed that the universe emerged from a  natural creative intelligence, a natural thought or desire because nothing happens even by chance without an essential cause. An essential cause is necessary for a chance event to take place. For example: you go to a grocery store to purchase some food items and by chance happen to meet a friend you had been meaning to talk with. That is a chance meeting. Before that chance meeting could take place, there has to be a reason to be in the same place by both parties. The desire to go shopping is the reason that preceded this chance meeting.

Taking that thought to universal scale, it is clear that Nature existed before us, does well with or without us. Nature wrote the laws and principles. Matter evolves around these designs.

The earliest references to Mother Nature made by Greek philosophers who lived before Socrates. The term Mother Gaia was written in a Mycenaean text on a clay tablet in the 13th to 14th centuries BC. Many other cultures, such as Native American Indians, embrace some form of the idea that the either the earth or the universe is symbolized by the form of Mother Nature.

WATCH AS JULIA ROBERTS NARRATES THE NATURE IS SPEAKING VIDEO: